Drunk driving: police procedure and the rule of law following the passage of Bill C-2

Interception of the motor vehicle: 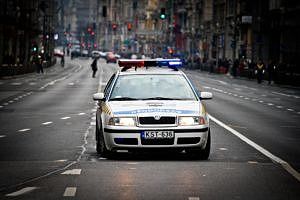 By interception, we mean the contact between the police officer and the driver. Within the Criminal Code, there are 2 offences related to impaired driving.

1st offence: Operating a motor vehicle while under the influence of alcohol.

It should be noted that the same rules apply in both cases.

Police officers have the right to stop vehicles at random during a checkstop to verify the driving ability of road users. Section 636 of the Highway Safety Code grants peace officers this power to randomly check whether people are intoxicated (R. c. Clayton, [2007] 2 S.C.R. 725, 2007 CSC).

What to do when arrested for drunk driving ?

Doyon Avocats strives to offer you the best possible result when it comes to drunk driving charges.

Practicing law with honour and integrity is one of our most fundamental values. We’re a law firm that offers our clients personalized service, and we guarantee the best defence, period. (See our recent successes.)

Some recent successes in relation to our drunk driving cases: 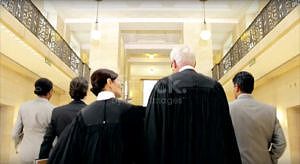 A public official is acquitted of impaired driving.

A client charged with impaired driving is acquitted.

A client accused of impaired driving is acquitted.

A client accused of operating her vehicle while impaired causing bodily harm gets community service.

A student accused of drunk driving is acquitted.

Driving with a blood alcohol level over 80 mg/100 ml : a client is acquitted.

The seizure of a vehicle due to a drunk driving offence 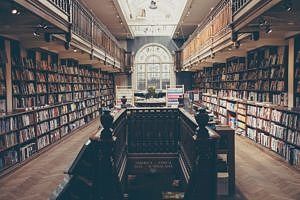 Drunk driving: the rule of law prior to the passage of Bill C-2

Why not just plead guilty to impaired driving charges?

The interception of the vehicle related to drunk driving

Doyon Avocats strives to keep the legal community as well as defendants informed about developments in case law regarding drunk driving. 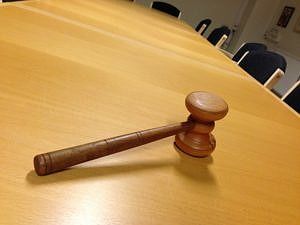 Penalties for drunk driving under the Criminal Code

Derek is 23 years old and has been charged with impaired driving with a blood alcohol level above 80mg/100mL.

He was arrested during an interception under the Highway Code as he was not obeying the posted speed limit.

There was no accident in this case.

Two breath samples were taken at the police station and the lowest of the two was 134mg/100mL of blood.

It was his first arrest and he has no criminal record.

In case of conviction, the court will usually impose a minimum fine of $1000 and a prohibition against driving on any public road in Canada for a period of 12 months.

His driver’s licence will be confiscated by the judge under Section 181 of the Highway Safety Code.

Let’s take the same case described above and change a few variables.

This time, Derek has caused an accident with no injuries.

Two breath samples were taken at the police station and the lowest of the two rates was 173mg/100mL of blood.

He has no criminal record.

In case of conviction, the court is obliged to consider two aggravating factors during sentencing: the accident and the fact that Derek’s blood alcohol level was more than double the legal limit (see Section 255.1 of the Criminal Code).

The court will generally impose a harsher penalty in this case.

Jack is 44 years old and was arrested during a checkstop.

Two breath samples were taken at the police station and the lowest of the two rates was 119mg/100mL of blood.

He has been convicted in the past for a drunk driving offense and therefore has a criminal record.

In case of conviction, the court is obliged to consider an aggravating factor during sentencing: his past conviction for a similar offense.

If the prosecution decides to file a recidivism notice, the court is obliged to impose a minimum sentence of 30 days in detention.

The prosecution has discretion over the filing of the recidivism notice, hence the importance of retaining the services of a lawyer so that they can advance legal arguments justifying the withdrawal of the notice.

If the recidivism notice is filed, the defence can request from the court that the sentence be served intermittently (i.e., on weekends) so that the client’s assets are protected, but only if the sentence doesn’t exceed 90 days (see Section 732 of the Criminal Code).

Let’s take the same case described above and change a few variables.

Jack was arrested for drunk driving following an accident on the road that caused no injuries.

Two breath samples were taken at the police station and the lowest of the two rates was 173mg/100mL of blood.

He has been convicted twice in the past for drunk driving offenses and therefore has a criminal record.

In case of conviction, the court is obliged to consider three aggravating factors during sentencing: the two prior convictions for similar offenses, the accident, and the blood alcohol level.

If the prosecution decides to file a recidivism notice, the court is obliged to impose a minimum sentence of 120 days in detention (see Section 255 of the Criminal Code).

Once again, the prosecution has discretion over the filing of the recidivism notice, hence the importance of retaining the services of a lawyer.

If the recidivism notice is filed this time, the defence cannot request that the sentence be served intermittently (see Section 732 of the Criminal Code).

William is 19 years old and was charged with impaired driving causing bodily harm.

He lost control of his vehicle and the passenger in his car sustained head and back injuries (for the definition of “bodily harm,” see Section 2 of the Criminal Code).

Bodily harm means any hurt or injury to a person that interferes with the health or comfort of the person and that is more than merely transient or trifling in nature; (lésions corporelles)

Two breath samples were taken at the police station and the lowest of the two rates was 201mg/100mL of blood.

He has no criminal record and this is his first time in court.

In case of conviction, it’s clear that the prosecution could suggest to the court a prison sentence that could vary between 9 and 42 months of detention (see R. c. St-Pierre for more details) depending on the nature of the bodily harm that the victim suffered.

In exceptional cases, the Crown may suggest a prison sentence to be served intermittently if the defendant has a good profile.

With these types of charges, it’s therefore essential that the defendant is represented by a criminal lawyer.

How are reasonable and probable grounds for suspicion established? 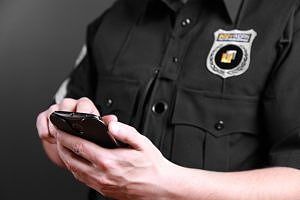 If the police officer does not acquire reasonable and probable grounds to suspect that the person has alcohol in their blood, they must let them leave and they must terminate their investigation. Otherwise, they may proceed to the following step.

Police officers have two tools that allow them to transform their suspicions into reasonable and probable grounds to believe: 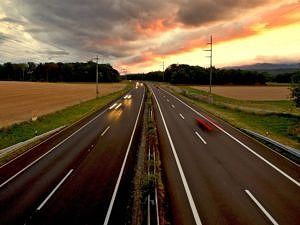 Which documents can be admitted into evidence during the trial?

Regarding the police investigation, there are elements that can be admitted into evidence and others that cannot.

It should be noted that there is a difference in the information directly obtained by the police officer. Certain documents may not be admitted into evidence, since the person is forced to incriminate themselves without immediately being offered their right to a lawyer on the side of the road during the arrest. For example, the coordination tests and the approved screening device may not be admitted into evidence because, at that moment, the person has not been given their right to an attorney. But if it’s claimed that the arrest is illegal, the judge will consider what enabled the transformation of the suspicions into reasonable grounds, and therefore what the person did can be admitted into evidence.

Before the passage of Bill C-2, the presumption of identity could be refuted by demonstrating that

(1) the accused was in the absorption phase while driving and;

In effect, a technical expert in chemical rehabilitation could come to testify before the Court by filing their expert report in the aim of contradicting the breathalyzer results obtained at the police station during the defendant’s arrest. The expert report was based on the defendant’s testimony concerning the number of drinks consumed during the day, the amount, type, alcohol percentage, age, weight, and height of the defendant at the time of the alleged offence. If the defendant’s testimony was credible and they withstood cross-examination from the prosecution, it was possible to raise a reasonable doubt in the mind of the court that the blood alcohol level of the accused was lower than 0.08. This defence was often referred to as “evidence to the contrary.”

The passage of Bill C-2: current rule of law 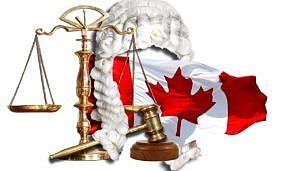 This law went into effect on July 2nd, 2008. We find therein two paragraphs that have disrupted the provisions relating to the presumption of identity. I’ll remind you that this presumption means that the blood alcohol level of the defendant at the time of driving corresponds to that recorded at the time of the breathalyzer test, which is to say, several minutes after the individual was driving. Consequently, expert evidence is no longer possible.

However, according to this new law, evidence that the blood alcohol level of the accused at the time of driving could have been above 0.08 due to their metabolism (i.e., the absorption phenomenon) must now be accompanied by evidence of malfunction or improper use of the breathalyzer.

Consequently, a defence under the Canadian Charter of Rights and Freedoms may be possible in order to prove that the device was malfunctioning and attack its reliability. (See R. c. St-Onge Lamoureux, [2012] 3 R.C.S. 187.)

A question? Start your research with a keyword

Contact a lawyer will receive a notification on his cell phone.